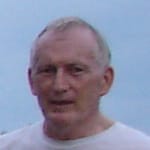 Hua Hin Hash House Harriers (H2H3), a mixed hash, was founded on 8 th July 2000 by Tom and May Crowley.  Beginning with a half dozen runners and walkers, it met just monthly until 2002 by which time it had about 25 regular attendees and began running twice a month. Sometime in 2005 one of our walkers demanded that we change the name of the H2H3 to the Hua Hin / Cha Am Hash House Harriers because she came from Cha Am. Refusing to give up our good name we suggested that she form a Cha Am Hash which she did a week later. With the H2H3 running twice monthly on Saturdays, the Cha Am Hash began running on the alternate Saturdays with the identical membership of the H2H3, so that now the H2H3 runs each Saturday but identifies itself with an alias twice a month.
Tom Crowley was the Grand Master when the H2H3 was founded. Tom, known in the hash as TLC, began hashing in Korea. He then moved to Washington DC, where he ran with the DCH3 before moving on to Malaysia where he ran with the Petaling Hash. From Malaysia he migrated to Hong Kong where he ran with the Little Sai Wan Hash and the Wanchai Hash. Leaving Hong Kong he came to Thailand where he ran with Bangkok hashes and then to Hua Hin where he fathered the H2H3 with the help of his wife May..

Doug East was tagged to be the GM for 2002 and 2003.(2002-2003), Known as Onefer (one for the road) he is a veteran hasher, but is still chasing the pot of oil at the end of the rainbow. Working on oil rigs in the remoteness of nations, he is a long-distance H2H3 faithful who calls Hua Hin home and oil rigs his slimming spa. He is always the envy of H2H3 hashers on the runs with his speed and slim built figure. Onefer began hashing with the Seletar Hash in Singapore and then with the Warwick Hash in Perth, the Great Sandy Hash in Western Oz, the Hammersly Hash in Oz and the Wanneroo Hash in Oz. He also ran with the Botony Bay Hash while down under. He then up from down under to the Philippines where he hashed with the Puerta Gallera Hash and the Angeles Hash before coming to Thailand where he ran with the Hash in Bangkok before moving to Hua Hin.

Don Tetley followed Onefer as Grand Moron of the H2H3. Known in the hash as Ballbanger, he was christened in the Taipei Hash in the early 70's and then ran on with hashes in San Francisco, Antarctica, New Zealand, The Philippines, Saudi Arabia, Lebanon, Turkey, Greece, Jordan and Thailand. He was at the helm of the H2H3 from 2003 to 2005 but left a couple of times to work on contracts in Iraq and Jordan. 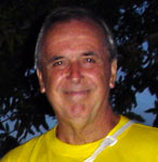 Ray Partington (Slackbladder) was coerced into taking over from Ballbanger as Grand Moron in 2005 and then almost immediately flew the coop to the Middle East where he participated in a jihad against poverty and dumped the H2H3 right back into Ballbangers lap.
Ray, better known as Slackbladder, came to the H2H3 from the Wanchai Hash in Hong Kong.

In 2009, Slackbladder officially dumped the GM job on Angus Worall who came down from hashing in Bangkok.  Known as Steakhouse in the hash, he was a former Grand Moron of  The Bangkok Hash.  Steakhouse passed the torch to Tinkerbell in 2011. 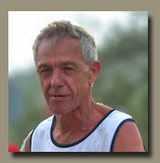 Better knows as ‘Tinks’, Tinks came to us from Hong Kong just as TLC and Slackbladder did. However, Tinks has a long history of hashing around the world to include: